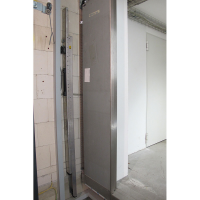 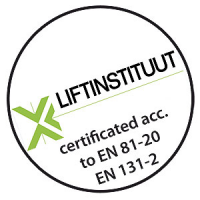 In the new version of the StufiKlapp the control switch is directly integrated in the wall suspension. The ladder is simply hooked into the suspension by means of bolts, so that the switch engages and is actuated automatically.

The external dimensions in storing position are only 120 x 126mm. 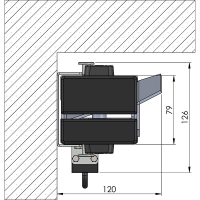 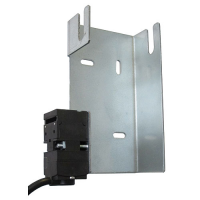 Wall with control switch without ladder and with ladder 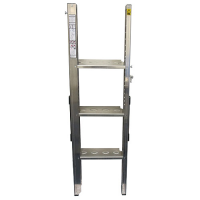 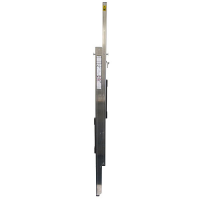 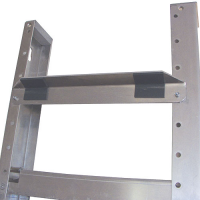 The ladder StufiKlapp is a switch-monitored foldable step ladder, which is suitable for shaft pits.
As opposed to other pit ladders, the StufiKlapp offers the following advantages: It is much shorter, as it is not required for step ladders of this type that they jut out 1.10m above the access point. As the StufiKlapp juts out very little, it is not necessary to fix the lower end of the ladder to prevent it from tilting.
Also the StufiKlapp occupies very little space with 120 x 126mm in the folded position. Thus there is more space in the pit. The two handles on the side avoid the danger of squeezing fingers at folding and unfolding the ladder and they provide a simple handling.
The new, improved version of the StufiKlapp corresponds to the EN 81-20 and has a Type Examination Certificate from the Liftinstituut.
The ladder is available in four different sizes.

Safety when descending into the pit

Comparison of the ladder types Rungs have a general width of 30mm. Descending safely is only possible when the ladder exceeds at least 1.10m above the exit point.

Steps have a minimum width of 80mm and are almost horizontal. They assure a safe descending. According to the state-of-the-art it is not necessary that the ladder exceeds above the exit point, if the door frame can be used as support. If the door frame is not suitable as a handle, e.g. in the case of hinged doors, a separate handhold needs to be mounted at the shaft wall.

Handhold for descending into pit, optional 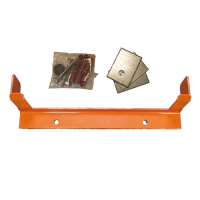 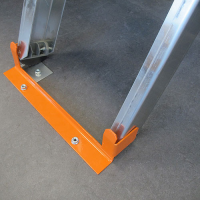 Scope of delivery and mounting example 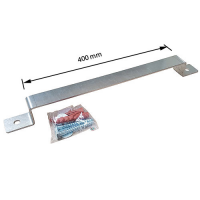 If the door frame is not suitable as a handle, e.g. in the case of hinged doors, a separate handhold art.no. 078341 for descending into the pit needs to be mounted at the shaft wall. For wall fastening, incl. dowels and screws, mounting depth 50mm.